If you are a couple deciding to elope, you are in great company. In fact, many celebrities have made the same choice. A celebrity elopement could be for any number of reasons. For example, the celebrity couple may want a quiet wedding, out of the spotlight. Or they may want something small and sentimental to them. Or, they may decide to get married quickly, without as much pre-planning.

Do these reasons seem familiar? Well, they are the same as most most couples who decide on an elopement wedding. Bigger focus on the couple, simpler, and easy to pull off. So they are just like us after all!

You may recognize some of these famously eloped couples. And a few may surprise you! Here is our roundup of celebrity couples who opted for an elopement wedding. 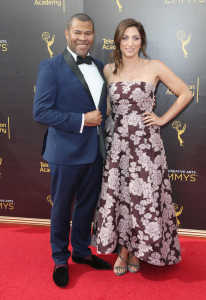 This one comes from website Livingly, which highlights the elopement wedding of Jordan Peele and Chelsea Peretti. According to the site, this funny couple held their elopement  in 2016. Fun fact: the only witness to the ceremony was their dog. Talk about a small wedding party! According to Jordan Peele, “We weren’t thinking about everyone else. We were thinking about us.” That’s definitely one of the primary reasons modern couples choose to elope!

According to the website Lower Barns, actors Sacha Baron Cohen and Isla Fisher became engaged two years after they met after a  party in Sydney,  Australia. Engaged for six years, they eventually wed during a traditional Jewish ceremony – in Paris, France. These two are quite the globetrotters, aren’t they? The website reports only having six guests in attendance, with “very little notice” given to loved ones about the elopement. 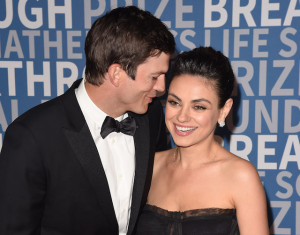 Here is a pair of famous faces spotlighted on the SheKnows website: Mila Kunis and Ashton Kutcher. These former co-stars are known for keeping their private lives under wraps. This is a policy which also extended to their elopement. True to Ashton’s “Punk’d” roots, they even shared false information with the press. As a result, they pulled off their actual elopement wedding in peace. They married in California in July 2015, followed by a quiet honeymoon in Yosemite National Park. From Ashton’s subsequent description of the elopement, it seems it was everything the couple could have hoped for!

Funny man meets musically talented woman, and the rest is history. The two exchanged vows during a private ceremony in Big Sur, CA back in 2006, according to HuffPost. It seems the two were childhood friends who reconnected at a friend’s birthday party 15 years later. They eloped just one year later, and they now have two sons together. Fate always finds a way!

This one arrives courtesy Elope Abroad. Kristin Bell and Dax Shepherd’s wedding was not a grand royal ball. Not at all what you’d expect from a future princess. Instead, their event was very subdued. One reason is that the two were long supporters of gay marriage. As such, they waited to wed until California law was passed that recognized marriage equality. After four years of engagement, They proceeded to elope. Theirs was a simple courthouse ceremony in Beverly Hills. Proof that courthouse wedding is both meaningful and romantic!

Do these celebrities give you inspiration for your own elopement wedding? If nothing else, they show that love and commitment can be expressed in more subtle ways. It doesn’t alway require a lavish event. For any number of reasons, couples (celebrities and otherwise) may choose to be more private. This is a decision that is different for every couple. In some cases, an elopement is the most natural and comfortable choice. In other instances, couples may have family circumstances or other considerations. And for yet others, timing is more important than anything else.

Regardless of the reasons, we are here to help make your dream elopement a reality. With a dedicated team of the best San Diego elopements professional, we know what it takes to host a beautiful and personal wedding elopement. This means an event custom tailored to each couple, around needs and priorities, with no corners cut.

Your Own Wedding Elopement

To get started with your own wedding elopement plans, it is helpful to talk with our team. Taking inspiration from celebrities is and others is a good way to get ideas. But when you are ready start planning an elopement that is ideal for you, get in touch with us. We will help make decisions quickly and maximize your budget. This will also make best use of your time. Leave it to our experienced and knowledgeable team. You may (or may not) be a celebrity yourself, but you will feel like one on your elopement day! 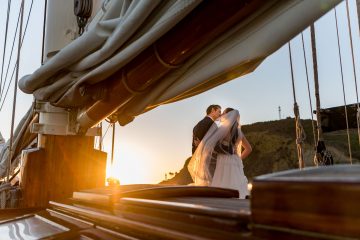 What does eloping mean?

The term “eloping” has taken on a new meaning in modern years, and certainly even more so since 2020. More and more couples are turning to eloping as an alternative to a traditional ceremony and Read more… 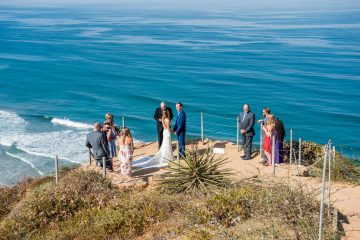 As popular as traditional weddings are, eloping is gaining attention for its intimate, simple nature. Generally speaking, couples who elope wish to do so quickly and quietly. Often, there is a small guest list, and Read more…

Send us an email

Give us a ring

© 2022 True Elopements. All rights reserved. Leave us a Google review.